NIAGARA-ON-THE-LAKE — The rehabilitation of a portion of Glendale Avenue, near the St. Catharines and Niagara-on-the-Lake border, is complete a month ahead of schedule.

The region has reopened the road, which had been shut down since late May, after the rehabilitation project was completed on July 8. The completion comes ahead of schedule, with the original timeline of the project estimating the work would take until August.

Frank Tassone, construction manager in the Region of Niagara’s transportation engineering department, said it was not only completed early, but also under budget — coming in at less than $2 million, about $250,000 under the anticipated cost. 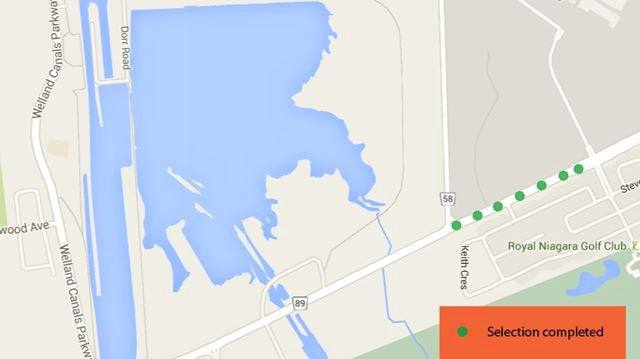 “We really attribute the savings to the relation we have with the contractor,” said Tassone, referring to Niagara-based Rankin Construction. “We were able to collaborate and identify some cost-saving measures through the construction process.”

The work, which was completed between Niagara-on-the-Green Boulevard to Home Road, was also some collaborative efforts with another company that helped speed the project up, said Tassone.

“We worked collaboratively with General Motors to close that section of roadway rather than leave it open,” he said. “It was instrumental in allowing us to get it done sooner.”

Rather than create delays for trucks the workers heading to GM, the region and Rankin instead created a detour around the work, which diverted traffic down Homer Road.

“When we saw the types of delays it was causing we changed gears and decided to close the road,” said Tassone. “After making that change it saved significant time.”

Improvements to that portion of the road included increasing the roadway from a two-lane cross section to a four-lane urban section. There is upgraded street illumination, upgraded storm sewers and the Town of Niagara-on-the-Lake also funded a walking trail on the south side of the road, a paved mixed-use path for cyclists and pedestrians. Tassone said the work also included adding auxiliary turning lanes for the future development adjacent to the outlet mall.

“It was a full reconstruction on that section,” he said, noting the effort was related to the significant growth in the area, particularly the fact that there were just two lanes in that section of Glendale Avenue, creating bottlenecks from where it was four lanes.

“It should widen out the flow of traffic,” said Tassone.

Paolo Miele, a Niagara-on-the-Lake councillor and owner of Good Eats Diner, across the street from the GM plant on Glendale Avenue, is pleased that the work has been completed early, given its impact on his business.

“I am very happy they are done construction,” he said. “It didn't help business but thankfully we have many regulars that followed detours and came to our Glendale diner.”

Ultimately, this will be just the first phase of work on Glendale Avenue. While a formal timeline hasn’t been identified, the section of the road between Homer Road and the Welland Canal bridge is due for rehab according to the region’s 10-year capital plan. That work, however, won’t be as extensive as the work that was recently completed.